It’s Not A Dinosaur. It’s A Dimetrodon T-Shirt. 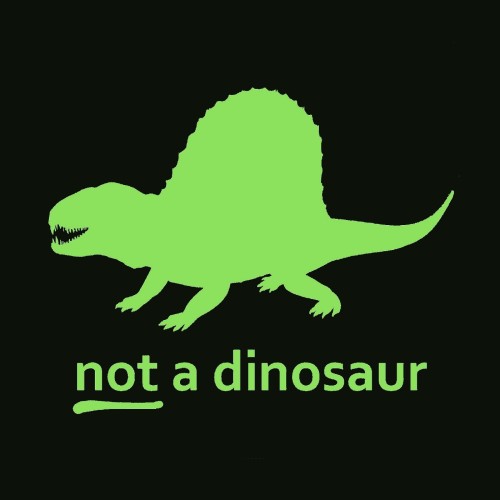 What in the world is it? It’s not a dinosaur that’s for sure. It’s of the genus Dimetrodon, and lived during the Permian Period, 280 to 265 million years ago, predating dinosaurs by a good 35 million years. More closely related to mammals than to reptiles, Dimetrodon measured about 1o feet long, and had two types of teeth, hence the name Dimetrodon, which means Di (two)- metro(measure)-odon(tooth). Having a variety of tooth types, with multiple cusps, is a characteristic of mammals, not reptiles, to name just one of the many differences between the two groups.  And finally there’s the NEW T-Shirt that tells the world that you know that it’s NOT a dinosaur. Unfortunately, the vagueness of the shirt may lead the uninitiated to think that you’re declaring that you’re not obsolete just yet.

Attack Of The Killer Ant T-Shirt 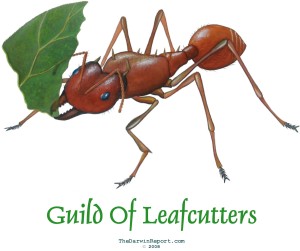 Do you want to wear a big ant on your chest? The first Darwin Report T-Shirt is available at CafePress.

One of the greatest, most fascinating, invertebrate animals in the world has to be the Leafcutter Ant. There are about 40 species of this social insect and all of them make their living by growing a fungus (their food) on the chewed-up remains of leaves, which they diligently harvest.

When I was 12 years old, I visited one of the pyramids in Mexico’s Yucatan Peninsula. And on the grassy field surrounding the pyramid, I spotted a long narrow path cut through the grass; it was only three or four inches wide. Curious I walked toward the strange sight and saw what appeared to be a fleet of tiny green sails traveling along the path like boats on a river. Upon closer inspection I saw that the green sails were actually sections of cut leaves, which were being carried along by a streaming army of ants. It’s one of my favorite childhood memories.