I’ve Been Tagged… Now Release Me Back Into Suburbia 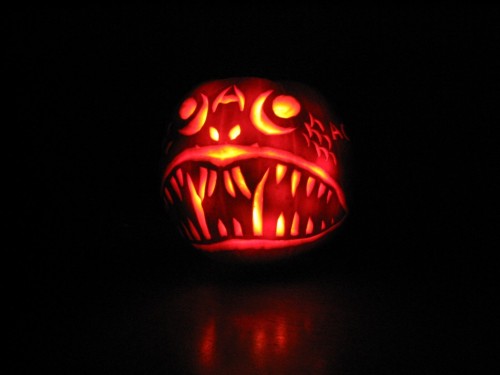 I’ve just received a shot across my bow from InformalSkepticism aka NaonTiotami. In other words, he’s tagged me. I’ve always known America and Australia would one day go to war. The Aussies are warlike by nature. Being constantly surrounded by strange and poisonous animals like the Duckbill Platypus makes them nervous and unpredictable. But as an American, I formally surrender. I’ll talk.

But first the tagging rules:

1. Link to the person who tagged you.
2. Post the rules on your blog.
3. Write six random things about yourself.
4. Tag six people at the end of your post and link to them.
5. Let each person know they’ve been tagged and leave a comment on their blog.
6. Let the tagger know when your entry is up.

Here are six random things about me:

Now I must gather allies by tagging six others:

Searching the web for creationism is sometimes like sifting through trash and finding the occasional humorous but, completely worthless, object. You feel darn conflicted. You’re dirty from the trash but the “prize” makes the whole ordeal somehow worthwhile. Behold, the rotten fruit of my labors.

It actually says “Science From Dumbies”. This ironic work of art is from a website called Evolving Minds, but they’re selling them on eBay, too. Their “mission” statement is:

We are a new ministry dedicated to the fight against the theory of Evolution. We think it is important to defend ourselves against the falsehood of Evolution and the lies that are associated with it… Our mission is to reach out to the lost, mainly those who believe in Evolution. We hope to change their thinking and challenge their faith in the theory of Evolution. Our goal is to fully equip anyone who has the drive to debate this topic. We are in this fight together and want to offer our resources to help destroy the work of the devil.

The back of this devil fighting t-shirt has a popular misquote from Charles Darwin’s Origin Of Species. It’s on the origin of the eye, and Talk Origins explains the details of their mistake. Also, the EvolvingMind’s links page contains both Kent Hovind (DrDino) and Ben Stein (Expelled: The Movie). I guess the Young Earth Creationists operating this ministry didn’t read the memo about Intelligent Design ostensibly being a secular theory, or see the news about Kent Hovind’s imprisonment on tax fraud. Wait… I’m still laughing hard at the shirt.

Filed under Trawling For Creationism